Binary Star Systems: Are They Real?

Everyone knows this iconic sunrise from Star Wars 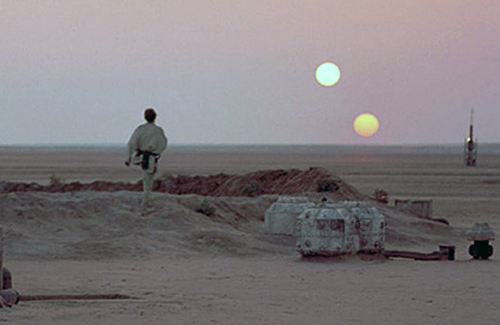 Well, to answer your questions, yes and no. Yes two stars can tear apart a planet, yes it being too hot/cold can kill you and yes having too much light can kill you. At the same time however, a binary star system can work out, because why? SCIENCE!!

Here’s an artists representation I ripped from Google Images of what a binary star system would look like: 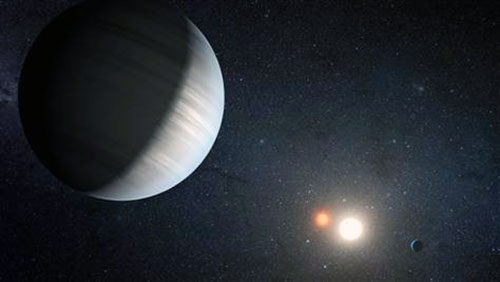 And here’s a better artist’s representation that I just drew in Photoshop.. much better don’t you think? 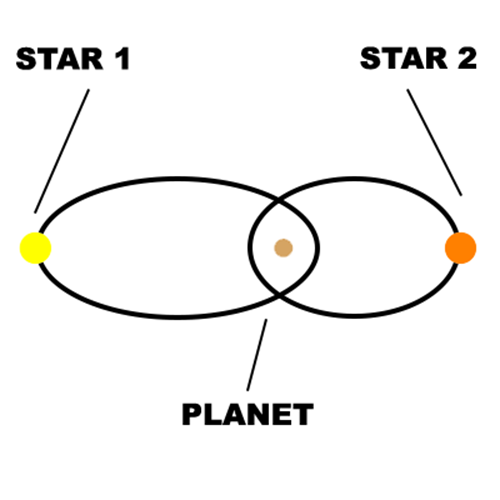 There’s two possibilities here that will happen to that lonely planet pictured above.

No – and the reason is simple! Effective Gravitational Potential! I know right? Simple! Henry over at MinutePhysics explained this in a video titled “Why the solar system can exist” and he did a fantastic job at it. He explains that the force of the sun pulling us towards it, is equal to the force generated by the speed of the Earth orbiting the sun. Since they perfectly balance, if Earth were to be moved slightly closer to the Sun (he uses the example of one person jumping), the pull of gravity on the Earth is also slightly stronger, which you’d think would start the Earth on a eventual spiral of doom, crashing into the Sun. This doesn’t happen because as we get closer to something, the Coriolis effect speeds us up, and when we speed up, we generate more thrust, which pushes us farther away from the Sun. This balance is equal, and will keep us on a stable orbit long after our Sun explodes (assuming the planet would survive such an event).

How does this apply to the binary star system mentioned in scenario number one mentioned above? The planet keeps those stars in check, like a bouncer at a night club. When the two stars orbiting get too close for comfort, the planet actually corrects it so that they may come close by to each other, but they’ll never come close enough to cause damage, for many billions of years. Yes it will happen, much like when a bouncer retires from his job, as that planet can only keep things in check for so long as the stars keep the same mass and size, but we know that most stars expand when they’re close to death. The larger the mass, the larger the gravitational pull, and eventually, they’ll hit each other no matter how much the planet tries to keep them apart.

But what about if the smaller star is orbiting the larger star closer than the planet’s orbit? Very slight difference, but nearly the same as above. The only thing that would change is the path in which they’re orbiting each other. The smaller star would replace the orbit of what we know as Mercury in our solar system. Does Mercury have any gravitational effect on Earth? No, which means that nothing different would happen here either. However, in the day time you wouldn’t see the smaller star, as the larger star would over power it.