One of my favorite books is Death by Black Hole by Dr. Neil DeGrasse Tyson, and while the below pic is a different book by Dr. Tyson, know that it makes me smile at how jealous you currently are  😀 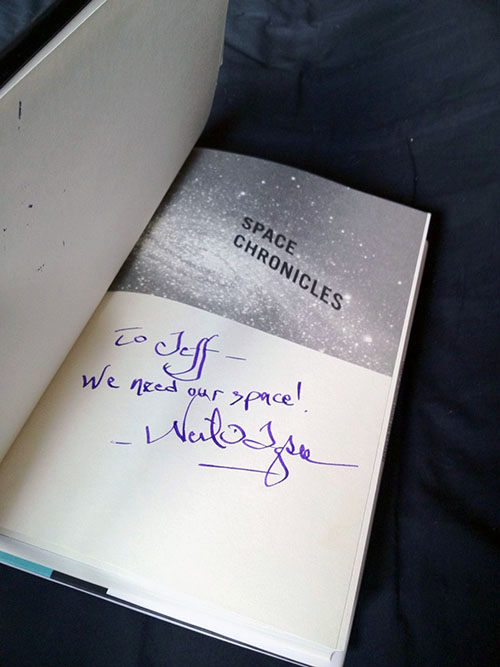 What the book goes to teach the reader is one flat topic: What would happen to you if you were to venture too close to a black hole? I’ll recap it below, but it left me wondering more about the situation. What would it look like to someone outside the danger zone (The Schwarzschild radius)? Let’s recap what Dr. Tyson stated in his book, but first, some links:

Dr. Tyson was asked by a fan/student during a conference, “what would happen to you if you were to die by a black hole? and the answer is simple, you’d get crushed into something the size of an atom. However, that’s not a fun explanation and we as humans want the nitty gritty details, right? Of course! 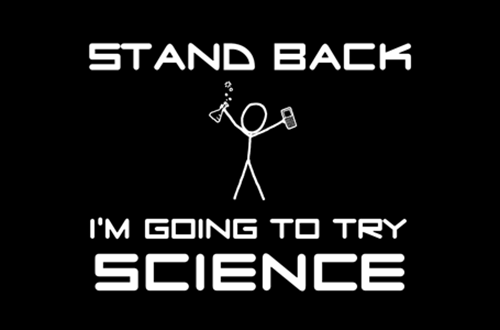 Death by black hole would be slow, painful and very violent. Before anything happens, you’d die from suffocation, but let’s assume that you have magic lungs and can breath and survive in space, fully nude. You’d begin by getting stretched, which at first would feel good because you stretch every morning when you get out of bed. Eventually that stretch becomes too much of a comfortable stretch, and begins hurting, and you would eventually be pulled apart in half, most likely at the torso. You would survive this first split, because all the vital life sustaining organs are found above the waist (to those who count your junk as “vital” get over yourself, you can live without a penis). Your legs would now begin to float away from you at a rate faster than your upper body, forever destined to be sucked into oblivion. You would then watch your legs begin to be stretched like bread dough being stretched, and watching them break apart in equal parts until eventually they wouldn’t be visible anymore. They wouldn’t be visible because they would be broken down to the atomic level, until one string of atoms is then being pulled apart, electrons and all being ripped apart.

Of course, your upper body is doing the same thing, so you would be suffering the same thing as your legs, only a bit delayed. You wouldn’t survive long enough to see your legs disappear to the subatomic level, but what about someone who had an anti-black hole suit on and was watching you die? What would he see? Nothing, he wouldn’t see you breaking apart, he wouldn’t see you being stretched. That person would see you venturing closer to the black hole, at a slower and slower rate, as the light is slowed down and less light is reflecting off your eyes to give you vision. Eventually you would be “frozen” in space, positionally, and you would slowly begin to get more and more red coloured, until you became infrared and thus invisible to the person watching you.

What about the pain level? Would you be split apart in a process called Spaghettification, at a speed in which you’d just gib like the imps in Doom did when you shot them with the rocket launcher? Once again, no, it could take hours, even days before things would begin to get painful. Remember above I said that it would be very painful, and it will. Your body being torn apart, would happen at a rate which would be excruciatingly painful, like listening to Justin Beiber. 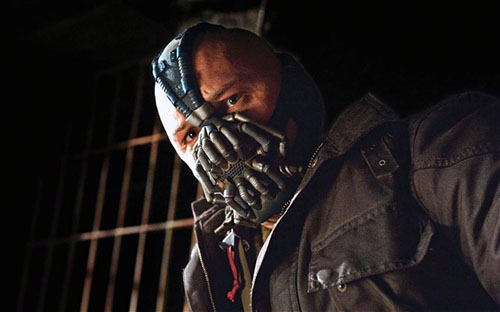 No punishment is more severe than listening to Justin Beiber.. where’s the closest black hole for me to jump into? (sigh.. my nerdiness already knows the answer to this.. V404 Cygni @ 7800 light years away)