Color, Colour, dem culurz – however you spell it (if you spell it like the latter, I hate you), they’re all the same for all humans, with no vision issues (colour blindness for example). What you may wonder is what colour actually is when broken down. All light is a combination of the prism of colours we all see right? Wrong! 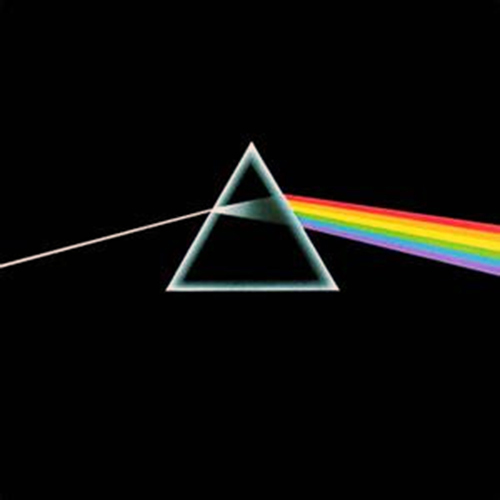 While the above image has just scored me major brownie points with a few friends, it is not complete at all. What we don’t see (literally) is what’s before and after the violet and red colours of the visible spectrum. Faster than visible violet light is what’s called ultraviolet, then x-rays, followed by gamma rays as the fastest wavelength. After red visible light we get into infrared, microwaves, followed by radio waves at the slowest. In HAM radios, you’ll hear a lot of people refer to “transmitting at 10km”, this is the frequency of which the signal is fluctuating from positive to negative, and not the distance the signal can travel before interference and degradation becomes an issue. Since I’m sure I’m not entirely accurate on that last sentence about HAM radio waves, expect to see a friend of mine, Dwayne, comment and correct me below.. 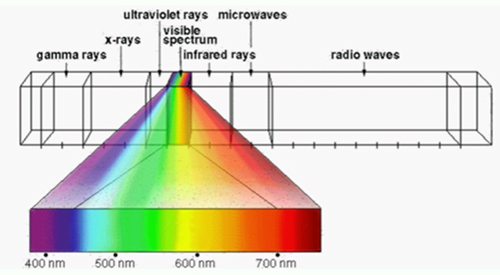 Moving on however, and looking at that above graph of visible spectrum of colours, where is the colour Pink on that list? It’s not there, because Pink doesn’t exist. It’s not a real colour, and only our brains add pink when the light that hits our eyes falls within the visible range but at a frequency in which we don’t recognize. We know this to be true because if you take red and blue and mix them, you get pink. Pink is the mixture of all the colours, minus green. So Henry once again at MinutePhysics did a fantastic job at explaining why Pink should be called “MinusGreen” instead of pink.

But here’s another conundrum.. what colour is a mirror? Assume that the mirror is perfect, no defects or dust. Looking at it gives a reflection of whatever light is entering it. So what colour is it? The way our eyes see an object that’s a specific colour is by what that object absorbs and what it diffuses away into your eyeballs. For example, look at a post-it note. It’s yellow because it absorbs all the colours, except for the colour wavelength of yellow, so our eyes perceive it as yellow. A mirror however reflects all colours, at an angle that’s equal to the angle it entered, or squared from the perspective of the viewer – meaning if light entered at 45 degrees, it leaves at 45 degrees. A perfect mirror reflection is never skewed or warped (unless the mirror itself is warped).

Using super-computers and complex formulas, we can determine an objects efficiency at diffusing light. If that object is most efficient at reflecting yellow, then depending on the amount of yellow light it reflects determines the shade of yellow we see, from the high visibility yellow on traffic light systems, to the faint but still present yellow of a post-it note. This is know as the wavelength of light, measured in nanometers, or nm. The handheld laser pointers are a prime example of understanding nanometers and wavelengths. A red laser pointer you can pickup at the dollar store to torment your cat with runs at a wavelength of about 700-900nm. A mirror however is not as simple as saying it reflects all light, because if it did, it would be white light. White light is when an object diffuses all colours and your eyes perceive it as white. So just what the hell is it?

It’s a mirror, it specular reflects the light, not diffusing it. If something is diffused, it means it’s spread out in all directions, regardless of the angle in which it entered. When something is specular reflected, it exits the object at an exact opposite angle. As mentioned above, if it enters at 45 degrees, it leaves 45 degrees opposite.

But nothing in this world is perfect, ever. Everything absorbs some sort of colour, it has too. It may not absorb enough of it to be visibly different to the human eye or brain, but a mirror best reflects green light, in the range of 510nm, or Green light. Want to see this for yourself? Get two mirrors and position them perfectly across from one another to give you that “tunnel of infinity” reflection. As you look closer to the center of the 10th or so reflection, you can see that it starts to get greener.

Notice how it got greener the closer you get to the center?
Mirrors are green.. very very slightly green..