I’m leaving for New York State Sunday for a 2-day trip to talk at a high school on Monday. While I’m in the US of A I plan to visit a store (that will remain nameless) near the border that sells fireworks year round.Yes, I’m well aware that there are places in Canada that also sells fireworks year round, but in Canada things like black cat cherry bombs and M-80’s are illegal here.. and well, what can I say, I’m still a kid at heart and the thought of cherry bombs in my back yard is still as awesome as it was when I was 13. So with my extremely immature attitude towards explosives, I wondered to myself just how big can humanity make things explode? What is the biggest explosion we’ve ever caused, either inadvertently or on purpose? What IS the biggest explosion we’ve ever known about?

First we need to understand that there’s an explosion, and a deflagration. An explosion is not just something that goes boom, as commonly mistaken. What you think about when you think of the term ‘explosion’ is actually called a supersonic detonation. When the materials or gasses expelled from the initial detonation travel faster than the speed of sound, aka. supersonic, then it is correct to call it an explosion. When something is detonated in a subsonic explosion, like black powder (aka Smokeless Powder), it is called deflagration. In terms of comparing an explosion and a deflagration inside a gun and bullet, we want the bullet’s propellant to deflagrate, so that the forces of the expelling gas push the bullet outwards to the end of the barrel. An explosion inside a bullet is quite damaging, and could be fatal. Common fireworks are deflagrated. 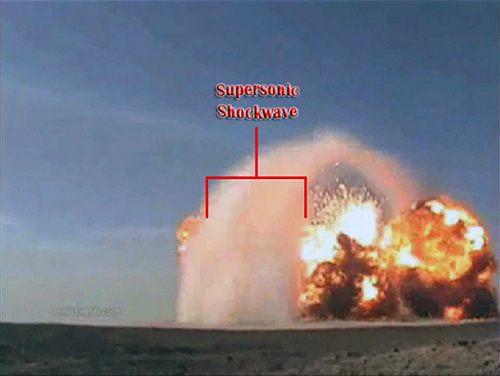 A Supersonic Detonation
So what is the BIGGEST explosion we’ve ever witnessed? That’s an easy one really.

It’s the sun! It’s in a constant state of explosion! Sort of.. It’s technically burning the fuel from deep within it’s core, so technically, the sun is deflagrating. It’s doing so at a substantially hot temperature. Nowhere near the Planck temperature, the hottest temperature anything can EVER get, but it’s a lot hotter than you’d expect. Unfortunately, our sun will not super nova explode like other stars in the observable Universe, since it doesn’t have enough mass to do so. If it did, the force in which this explosion would carry out would engulf most of the planets in our solar system, and will be the equivalent of us detonating Ten Octillion Million tons of TNT. That’s this many tonnes: 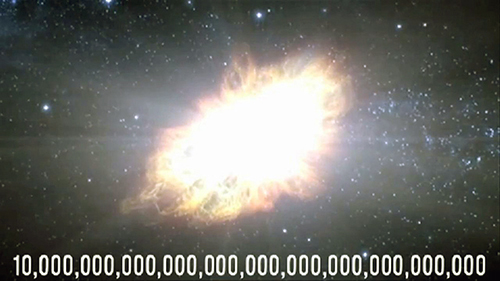